A downloadable game for Windows, macOS, and Linux

How does the game work?

Basically, you are tasked with memorising the order of the numbers on the board as fast as you can, and to click them in ascending order. The game has 3 modes that you can choose from:

- Easy: You have unlimited time to memorise the numbers, and they are shown in their position in the board.

- Medium: You have unlimited time, but all the other squares are hidden, making memorising their locations difficult.

- CHIMP: You have 0.5 seconds to memorise the squares (otherwise it's the same as Medium). The interesting thing about this mode is that chimpanzees would be able to complete this game with ease, due to their incredible short-term memory. The best I've done for this mode is instead of the default settings of an 8x5 grid with 9 numbers, I've done it with 8 numbers instead. Never been able to do it with 9. If someone can do it, I'd love to see a video of it! (Michael from VSauce was only able to get about 3 numbers in the Mindfield episode).

Control the menus with arrow keys, enter, and escape. The game is controlled with mouse, and the game can be restarted with R (and you can go back to the menu with escape)

Inspired by the game shown in VSauce's Mindfield, Season 3 Episode 1 where they showcase a game similar to this being tested on chimpanzees to highlight their short-term memory. The Cognitive Tradeoff Hypothesis suggests that humans evolved differently to chimpanzees, gaining the ability to communicate (i.e language) in return for our short-term memory.

I encourage speedruns of the game! I think it'd be fun to see who can do this the fastest. Some sample categories:
- The default values (9 numbers, 8x5 grid) on any of the difficulties (My best time on Easy is 4.739)

Godspeed! (The timer counts the memorisation time as well as the execution time)

NOTE: This game is only a prototype. Things that I need to work on are:
- Improving the layout of the game (Currently there are some issues with how it's actually drawn)

- Colour palettes (green/red palettes are only placeholders, yes I know they look terrible)

If the game doesn't run or crashes at some point, I ask that you run the game in the command prompt and tell me what the console says when it crashes so I can try and replicate/fix it. Thank you!

If you get an "Unsupported major.minor version" or something similar to it, it's most likely because of an outdated java installation. 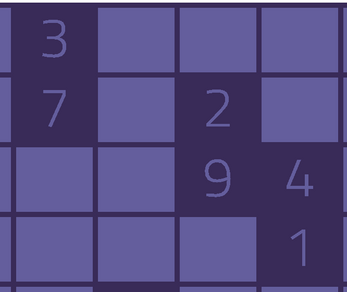